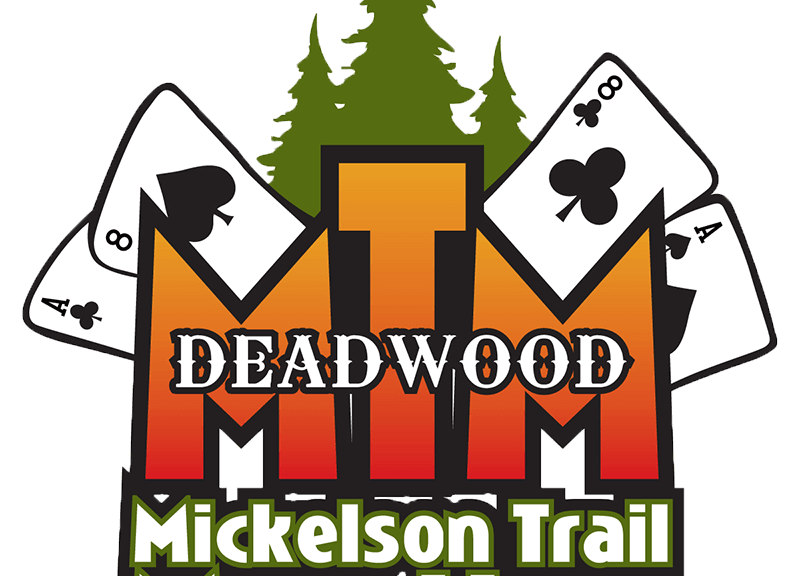 I had originally planned to run the Revel Rockies half marathon on June 4th (two of my daughters were doing the half marathon, and my husband was running the full marathon), but the day of the expo, I started feeling bad. By 5 p.m. I was vomiting and had diarrhea, and it lasted through the night. By 5 a.m., I knew I would have to DNS the race. I was so disappointed.

The plan was to run the Mickelson Trail the next day. We had a packed trailer ready to go, and we would leave right after the race for South Dakota. Instead, everyone came home first, we packed the car, and left for South Dakota about 1p.m.

Shane was a bit of a mess after his marathon, so Colleen drove the first two hours out of Colorado, then I drove the rest of the way. I was still nauseous and not hungry, but I felt okay otherwise. I finally felt better at about 4 p.m. and was able to eat again.

We arrived at the Lodge in Deadwood to late-pickup our packets about 9 p.m. We found our airbnb at Terry Peak ski area, unloaded the trailer, and hit the hay.

It was about the time we arrived in Deadwood that I decided I would show up for the half. I was a little weak, and after having a respiratory infection a few weeks prior I wasn’t as trained as I wanted to be, so the plan to just take it easy and walk/run together the race was a good one. It would just be a fast hike, not much of a run.

The first few miles felt okay. We were running more than I had thought we would, and my love had a bit of a “swagger” from the sore muscles. It was perfect cool running weather and we were rather motivated in the first 4 miles.

It got harder. I hadn’t had much to eat the last 48 hours, since about 11 a.m. Friday when I started to just not feel right. I don’t think I ate again that day, then little on Saturday until about 4. Shane, of course, was tired and sore from his full marathon the day before.

It was actually rather enjoyable, though, once I got over the fact we would be really slow. The scenery for this half is amazing, and with going slower, I had more opportunity to really SEE the scenery.

The above photo is right before it started raining. It rained for about 15 minutes, and then stopped. I had a poncho in my pockets so I put it on. When the rain stopped, I took it off and tucked it in my running belt. Shane said, at mile 7ish, “do you want to throw away the poncho? it stopped raining.” I didn’t think much, just threw it away.

Then it started raining hard about mile 9. I had a second poncho, but now only had one for me. Shane had turned down the poncho the first rain period and was nice enough to let me have the poncho. We got rather soaked!

This is one of the bridges, there were 4 or 5 on the run. It is an old train route that has been converted to trails (119 miles of a trail); there are also a couple tunnels, but we don’t run through them. We have hiked through one before near the Mystic trailhead.

Here we are, in all of our wet glory, a couple miles from the finish line. It’s funny, you can actually SEE Shane’s waddle in this picture.

Last year, we both missed a Personal record by about a half a minute. This year, we finished over 3 hours. It was fun, though, and I’m glad that even though it was a rough few weeks leading up, plus the stomach bug/food poisoning, I’m glad we did it together. I don’t get to “run” with my husband often, so spending those 3+ hours together was a treasure.

Our finish photo. It finally stopped raining before the finish, and it was nice and cool, no arguments from me!

We aren’t sure what we will do next year. We love both the Revel Rockies and the Mickelson Half, but they are in the same weekend and neither of us has the inclination for a back to back next year.