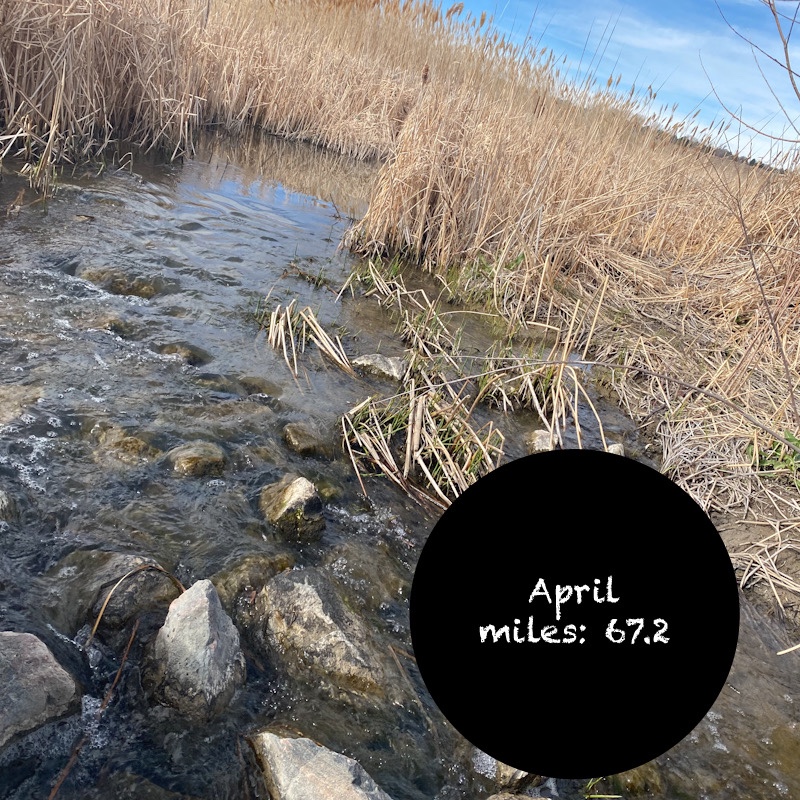 We had a big half marathon planned for April in Kansas City: The Garmin Oz marathon. A few weeks before we were to run, we got an email they were postponing the half marathon because they couldn’t have the finish line celebration they wanted. Unfortunately, they pushed it to the first weekend in November, which didn’t allow our girls to participate in the race.

We were disappointed, but asked for a refund and then had the girls’ entries switched to the virtual option for the 10K.

It was tough to stay motivated once the half was cancelled.

We did manage to get in a 5K in April: The Donut Dash. It was my race #45. It was a few days before we left on our Kansas City trip, and was a pretty good race for both of us.

Our 5K start was early enough I could finish my race and then walk/run it with friends of mine. It was a beautiful day for it!

Mid-April, we went to Kansas City for a Civil War Battlefield trip. We didn’t run much on our trip, but we did manage to get one good run in starting at the Old Red Bridge in Minor Park.

My total miles for April:

It was a decent running month, one of my better ones for the last several Aprils. Next in May: we have a 15K and 10K planned toward the end of the month, and then a half marathon the first week of June.