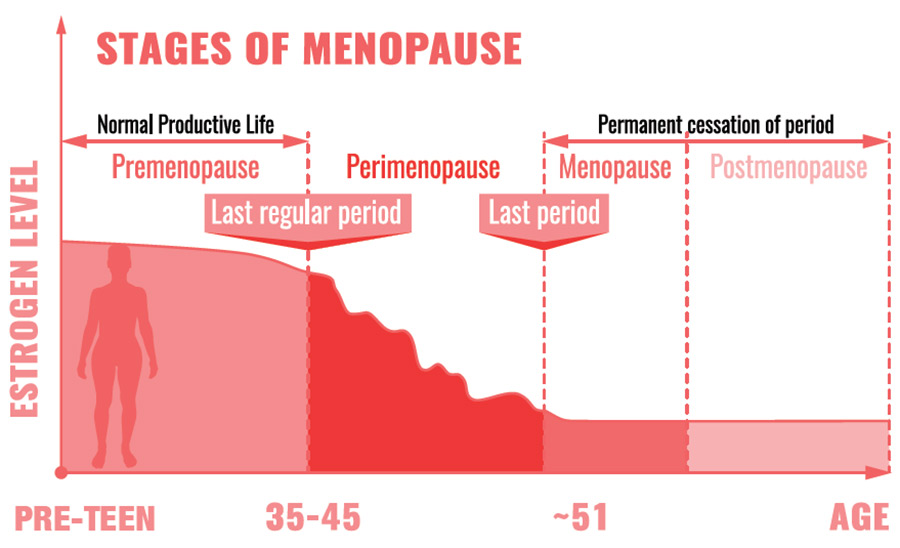 I’m not even sure where to start. This isn’t a subject that gets mentioned often; in fact, I didn’t even know what it was until about fourteen months ago. I was 48, healthy, training for a big run series (48.6 miles in four days) and I suddenly found myself laying in bed with a racing heart and waves of heat. I have a great running watch that monitored my pulse; it was 85 resting in bed (high for me), and 110-120 when I got up to go to the bathroom. The highest it got was 150 for a very brief period, when a wave of anxiety hit me. Fear will really mess with your heartrate, and I knew that, but I was in such a cycle of anxiety, I thought maybe the rushing feelings were a heart attack. After several hours of this–and getting worse because now the anxiety was creating all new symptoms like an aura migraine–I went to the ER. It was 3 a.m. and poor hubby had to get me to the ER.

When I arrived, it was empty and they took me in right away. Thank goodness it was pre-covid because I’m not sure I would go to the ER today knowing how restrictive and inhumane it has become. I was immediately hooked up to an IV, had blood drawn for enzymes, urinalysis, and strapped to an EKG twice.

In the meantime, I was taking homeopathics to calm me down. I didn’t tell the nurses because, frankly, they don’t understand them. I took aconitum several times, a dose of ignatia, and I was starting to calm down.

My EKG was great, my blood enzymes showed no sign of any heart attack, I didn’t appear to have anemia (though it wasn’t a complete blood panel to check for low ferritin levels). In fact, as I was telling my nurse that I had run 5.5 miles that day with no chest pain, no issues, she was rather surprised.

In the end, I was discharged. The only explanation was that perhaps I should see a cardiologist just in case there are other issues like tachycardia. We never discussed my age, the status of my menses, the possibility of hot flashes and anxiety from perimenopause, only that it could be a cardio issue.

Of course, the unknowns set me off into a whirlwind of research. I am definitely a person that grapples with anxiety, so I knew that was a possibility that I was just overcome with anxiety, but it didn’t seem like enough of an explanation. Upon further research, I found out so many things about PERIMENOPAUSE that I had never understood…like what perimenopause really is and that it really sucks!

First, it’s common to develop food allergies during perimenopause. One of the common allergies? Tannins. Tannins are in many foods (berries and nuts) and drinks (black Tea, coffee and wine) and often those that develop the allergy have mild allergies pre-Perimenopause (occasional headaches, check!), but they can become severe later. As I started to remember my trip to the ER, I realized that not only had I had Coffee (tannins), Red Wine (tannins) and Tiramisu (more tannins from coffee), but I had a few glasses of wine the night before on our date night (unusual for me).

It made sense that perhaps I was developing issues with tannins, and it’s where I started with my search for solutions. I had occasionally experienced headaches after wine or coffee, but I always blamed the caffeine or alcohol. The first thing I did was cut out all coffee, wine, black tea and watched how many berries and grapes I ate.

After a few months of detox, and some homeopathics to help with anxiety and hot flashes, I was feeling much better. Fourteen months later, I rarely have heart palpitations and I still have hot flashes at night, but they are manageable.

Of course, new symptoms popped up. I had a very late cycle in December (36 days) after a short cycle (26 days), and I woke up the day after Christmas with vertigo. I had indulged in white wine the day before–one I had never had before–and wondered if it contained grapes I am allergic to (a gem I found out about many years ago in Savannah when I tried a Muscato and ended up dizzy and hot). I had also had ear pain for the week before Christmas, and I know inner ear problems lead to vertigo. I’ve had tinnitus for at least 20 years, and that is usually an indicator that Meniere’s disease can develop.

Phew! Another problem pops up. I handled it with homepathics again, trying to determine the issue. I’m better now, I’m able to run, and the only real problem is rolling over in bed at night when I experience about 2-3 seconds of vertigo. It’s not completely resolved, but I have read that vertigo (BPPV: benign paroxysmal positional vertigo) can happen in perimenopause, especially with people prone to migraines (I am), and with tinnitus (I have it).

Yay, another perimenopause obstacle to overcome.

Please tell me menopause is better?