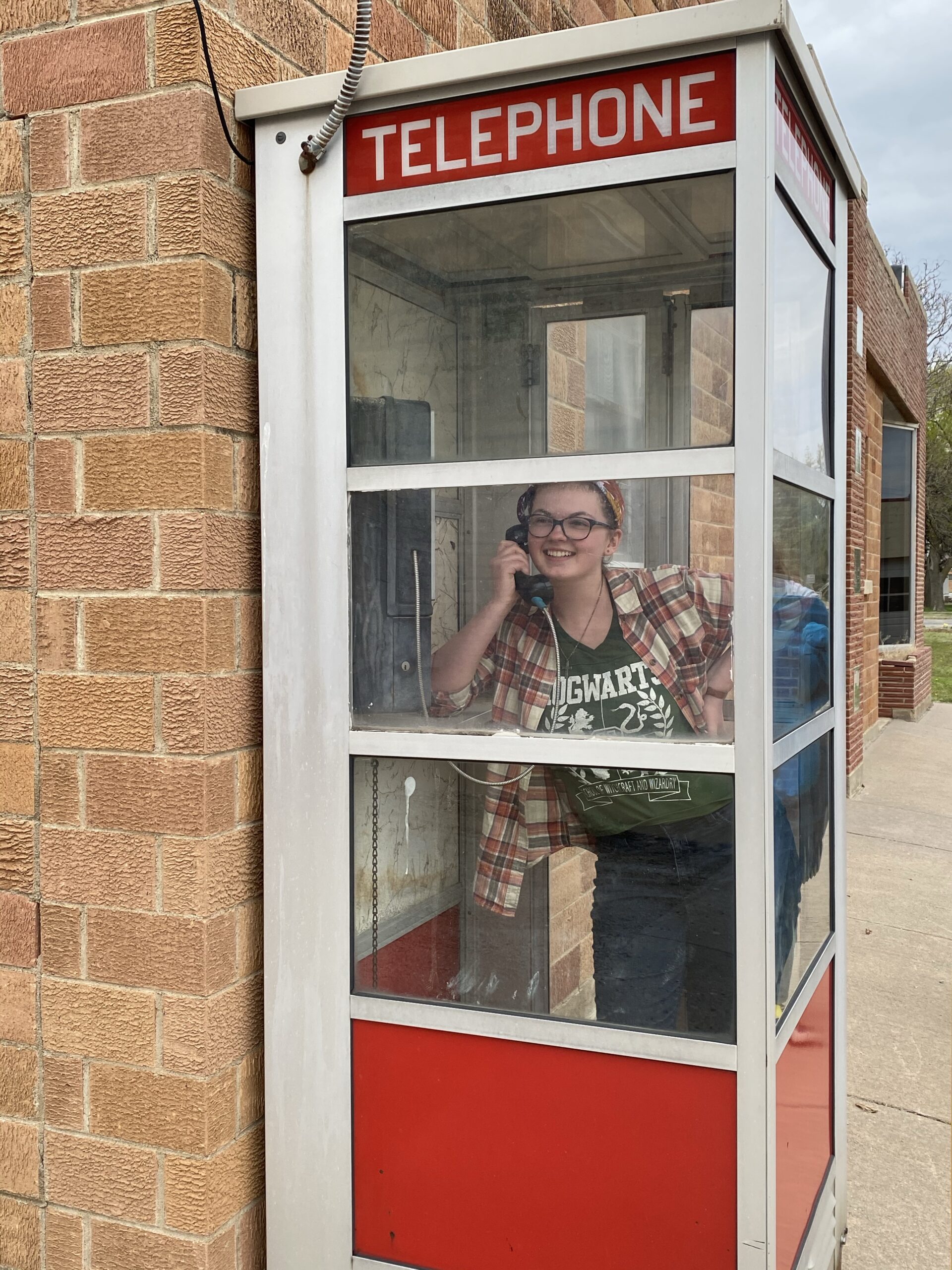 One of my favorite things to do on a road trip is to find unique attractions you wouldn’t find just driving down the highway.

Van Gogh is one of my favorite artists and in my search for places to stop, I decided this is one we have to see. It was, unfortunately, cloudy and chilly when we stopped, but it was still a sight to se anyway. This one is located in Goodland, Kansas. Be sure to take the Hwy 24 exit, and the easel is about a mile into town.

From Roadside America: “Goodland’s painting is a version of “Three Sunflowers In A Vase,” one of the seven sunflower paintings Van Gogh made back in the late 1880s. Cross wanted to make giant tributes to all seven (Six originals still exist; one in Japan was destroyed in a bombing run during World War II). However, it looks as if the project might have stalled out. The first giant easel went up in Cross’s hometown of Altona, Manitoba, in 1998, and in 1999 he finished one for Emerald, Australia. But it appears that Goodland’s has been his last.”

Wilson, Kansas was our next roadside stop. Dubbed the “Czeck Capital of Kansas,” it is a very delightful town! Aside from the giant hand painted egg, there are many hand painted eggs around town.

We also found some other delights: a very nice playground, TWO phone booths (my girls have never seen one with an actual working phone in it!) and another more “modern” payphone you scarcely see anymore.

Our next stop was the Rock City in Minneapolis, KS. Rock City is “a five acre park which contains about 200 huge Dakota sandstone concretions. The spheres are up to 27 feet in diameter and you are encouraged to climb on them and do pretty much whatever you want. Rock City claims that there is no place else in the world with so many huge concretions.”

Rock City is 3 1/2 miles south of Minneapolis off Highway 106. It was definitely worth the side trip. We were the only ones present when we arrived (the joy of travelling off-season). Be sure to drop your fee in the box to help support the park, we paid $7 and it was well worth it.

Finally, we grabbed burgers in Salina, KS. I grew up on White Castle on visits to Ohio, but I actually like these better. They are copied from White Castle, not long after White Castle opened, and the Cozi Inn has been open for 99 years.

It was a great trip out to Kansas City! Try not to get so wrapped up in the destination you forget to see the fun things along the way.