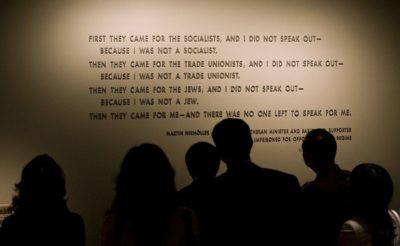 To date, I have eliminated Twitter (two years ago) and Facebook (two months ago).  Though I miss seeing “friends,” who quite honestly haven’t tried to contact me off of social media so weren’t really friends, I don’t miss the lack of critical thinking rampant on social media.  Everything is about popularity, being part of the “in” crowd, getting followers and likes, and quite frankly, very high school-ish.

There is no such thing as presenting factual material on social media, originally because people with a different worldview simply couldn’t fit it into their thinking without an emotional reaction, and now because of the widespread censorship by “fact checkers.”  I suppose the fact checkers arrived because people were constantly upset they were seeing and reading things that hurt their worldview, and they just weren’t dealing with it well in their “safe spaces.” Even more diabolical is the idea that those who want absolute power know you must control the flow of information, or the people will rebel with the knowledge of the truth.

I am in the process of shutting down Instagram.  This one really hurts because I’ve been using it since long before Facebook purchased the app, when it was a just place for photographers to share photos with each other.  I enjoy sharing photos more than I enjoy sharing words, but over the years even that has become commercialized where every Instagram user strives to become an “influencer,” get free products and advertise those products.  As soon as Facebook took over, they started censoring posts the same as in Facebook;  my first experience was when I was not allowed to post a bible quote beneath my Christian friend’s photo because it “was against community standards.”  This was three years ago, and now as soon as I get a record of my last 8 years of using Instagram (via screenshots that I will put in a photo album), I am shutting down my account.  Of course, not before I attempt to anger the censors as much as possible and possibly get banned from the application.

Did you know the government–CDC–is paying influencers to promote Covid vaccinations in order to influence others that the vaccinations are safe?  Paying people to use pharmaceutical products, then posting them online as if it was their own motivation for the “safety” of others, has elevated propaganda to serious communist levels, and Biden isn’t even in office yet.

I moved to Parler a few months ago, and now that phone app is being banned by the only two platforms that exist on smartphones.  Why?  Because it attracts mostly conservatives who do not believe in communism.  There is a coordination between tech companies, democrat socialists (ie communists) and pharmaceutical companies, all attempting to be the top of the heap when global communism arrives.  And, of course, communism is not possible without the silencing of opposition, so the conversion has begun.  First they have to make enemies of those who desire freedom, so they use social media and so-called “journalism” to create enemies out of those wanting to maintain freedom of speech.  Sadly, too many people cannot see through it, as they have been slowly brainwashed by the Romanesque Bread and Circuses of social media.

I truly have no problem retreating from social media.  There is little that is “social” about it, and it certainly doesn’t develop true friendships.  It has become a wall to live behind for most, keeping them from living a positive interactive life with real people.  Instead, the echo chamber simply relays back exactly what the use wants to hear, keeping them in a state of perpetual ignorance.

I weep for what my country is becoming.  The seeds of division were first sown by democrats a century ago as Wilson segregated the military, but as we seemed to be making progress in the 80s and 90s, it circled around again under Obama, led by a desire to be powerful…and perhaps by the puppet masters behind his very rise to power.  Bush before him was also a globalist, fueling the fires with war and “saving capitalism by suspending capitalism.” Division always increases power, as few focus on the injustices of the ruling class and instead focus on the division within each other, real or imaginary.

Social media has created the very evil required to create a divided country, who will soon be begging for a communist leader to “fix everything.”   As people are cheering on the censorship of millions of people because they don’t agree with the ideas of those who are being censored, who will be left to stand for them when the censors come for them?  No one.  And it is inevitable.

“First they came for the socialists, and I did not speak out—because I was not a socialist.

Then they came for the Jews, and I did not speak out—because I was not a Jew.

Then they came for me—and there was no one left to speak for me.”